Here's the T About Heavy Periods

There’s menstruation and then there’s menorrhagia, which is defined by having substantial blood loss in every monthly cycle. What you might not know about heavy periods is that…

A third of menstruators have them

So don’t think that you’re alone if you get heavy periods, too. Many people feel both physically and emotionally affected by heavy periods, but the good news is that it's unlikely to be anything more serious. Plus, wearing super absorbent tampons and heavy flow sanitary towels can really help make you feel protected and secure when you’re bleeding a lot.

You can blame your hormones

As we’ve said, heavy periods are not always a sign that something is wrong. Your fluctuating hormones are the main culprit for heavy periods — *eye roll* — especially when you first start having periods and again, years later, when they come to an end as you approach menopause.

Your IUD could be the culprit

The coil (the intrauterine contraceptive device or IUD) could well be the reason that you’re experiencing heavy periods, especially if you’ve been consistently bleeding more since you had it inserted. Although, confusingly, research has also shown that an IUD, containing the hormone ‘levonorgestrel’, can actually benefit some people who suffer from heavy periods as well. If you want more advice on this, you’re best to contact your doctor.

It could be nothing. But, you should rule out underlying medical conditions

A heavy period could just be a natural part of your bodily makeup, just like a longer second toe than big toe, or a beauty spot. And while the period lottery may not have been in your favour this time, it’s more than likely that your larger than life menstruation is nothing to be concerned about. Saying that, if you notice your periods are heavier than usual or they’re disrupting your daily life (to the point where you’re missing work or school every month), it may be a good idea to discuss this with your doctor. They might ask you to keep a menstrual diary (use a diary or your phone’s notes app) where you'll need to write down how long your periods last, how often you change your protection, any changes to your flow, and the impact it’s having on your daily routine. It's not the most glamorous 'Dear Diary', we know.

PCOS and endometriosis can cause heavy bleeding

For peace of mind, it might be worth doing some investigation into the underlying causes of your heavy periods. Fibroids and polyps in the uterus can sometimes cause heavy periods, while endometriosis and PCOS (polycystic ovarian syndrome) can also be the reason behind them. Chat to your gynae or local doctor about an ultrasound or blood tests that could rule out these conditions. 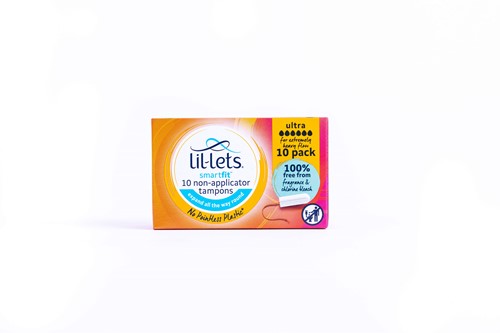 The best products for heavy periods

The best way to handle heavy periods is to ensure you wear super-absorbent tampons or heavy flow sanitary pads, if you prefer. These will offer the protection and security you need to make sure your menstrual cycle doesn’t get in the way of your life. Look out for the droplets on packs — the more droplets, the more it absorbs… simple! Six droplets is the highest absorbency and can be found on our Ultra Non-Applicator Tampons. It might be worth trying a few different higher absorbencies and seeing what works for you.

Everyone's period flow is totally unique to them. Know your flow and join Lil-Lets as we tackle the queries and questions surrounding period flow.

3 of Your Top Intimate Hygiene-Related Questions

Lil-Lets is on-hand to help you understand irregular bleeding and any other irregularities in your period. Learn more here.

Find out more
Lil-Lets is a trademark of Premier FMCG (Pty) Ltd. ©Copyright 2020. All Rights Reserved